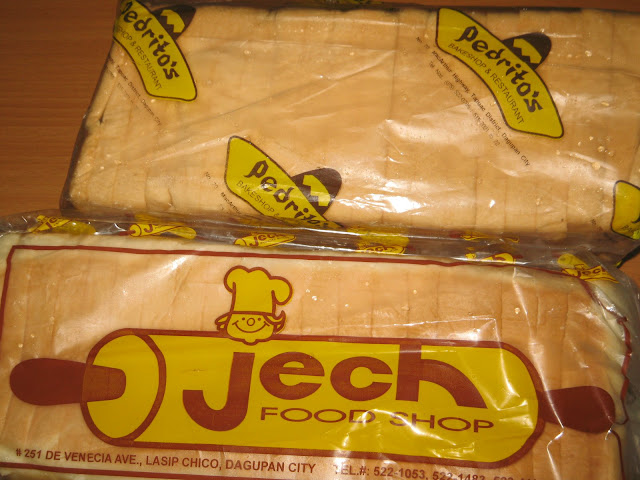 After our freshman year in college I brought home to Pangasinan my roommate in the freshman dormitory, who hails from Bulacan, for a short summer vacation. In the course of trying out things Pangasinan-made, she commented that our loaf bread was sweet.

And I realized that, yes, indeed, most bread loaves sold in local bakeries in the province were sweeter, compared to loaves made outside Pangasinan. I have grown up accepting that bread loaf slices can be eaten like sweet pastries, not needing any palaman.

But that had not always been the case. In the early 1970s we ate tasty, or pan americano, those small white, tasteless, bland and dry loaves that paired well with a thin spread of katiba.

But towards the middle of the decade, specifically in 1976, a new restaurant was established in Dagupan City, and it made such a splash that it re-defined the way bread was eaten in the province.

Pedrito's, the foreign connections ending with the name and its logo of a Mexican hat, served chicken sate - grilled chicken with peanut sauce - that was such a novelty at that time. It also made an impressive pastel de lengua, baked with mashed potatoes on top. Lunch packs of these specialties dominated parties and events everywhere in the province.

Pedrito's expanded fast, putting up three branches across the city, and it became the party venue of choice, as well as the in dating place. Its pastries - cheese tarts, brownies, etc., became the ubiquitous pasalubong.

But trade liberalization reached Dagupan City, and the coming of malls introduced Pangasinenses to new food, and concepts that tasted new. Pedrito's has also surpassed its business cycle. Its longevity actually is admirable, having stayed alive all these years. But it is now down to one outlet - where it transferred from its  first outlet after the ruinous earthquake of 1990, at Lucao District. It is not as influential as before, since the multi-national fastfood chains can deliver at your doorstep.

But Pedrito's legacy lives on, and has made a permanent mark on Pangasinenses' tastebuds. For the most infuential of all Pedrito's products is the loaf bread. Pedrito's made it big, brown, milky, and yes, sweet. Such that after it baked its first loaf all other bakeries, big or small, in the province, tried to imitate it. And they have succeeded, perhaps not exactly as Pedrito's loaves, but when you buy bread nowadays anywere in Pangasinan it is most likely bound to be big and sweet. Unless you specifically seek bakeries that sell their own unique white, bland bread, like Kwong Tay along AB Fernandez Avenue.

Pedrito's influence is such that another bakery was established in Dagupan City to sell bread imitating its loaves, in taste and packaging, and actually gained following that ate up Pedrito's market base. Jech has its own restaurant, too, and a line of pastries which I haven't tried yet. It opened only several years ago, but it has already gained equal footing with Pedrito's, perhaps even surpassed it.

Jech's loaves are distinctively sweeter than Pedrito's, and they have a longer shelf life, perhaps due to the higher sugar content. The bread slices are also heftier and denser. I just hope the incidence of diabetes has not increased in the province.

hi, do you happen to know pedrito's contact nos? was wondering if they do catering services.

thanks and more power!

Hi, mg, I just updated the post to include the contact info of both Pedrito's and Jech. Yes, Pedrito's does catering services. I miss their food - it has become part of the food that spells home for me.

wow! thank you so much for the info kai! god bless!

the very first branch of pedritos was in Perez BLVD.they moved to tapuac district(lucao) because of the earthquake. continue celebrating our pangasinan cuisine through your blog.stumbled upon your blog while googling Pedrito's

Oh yes I had forgotten about that! Thanks for pointing it out, Bambi!