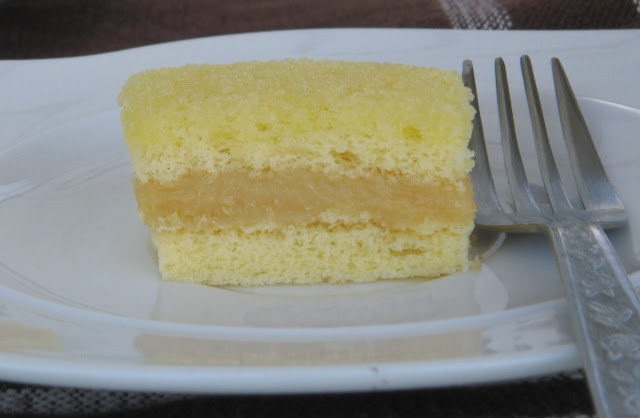 This is part of an ongoing series, "Tinapay," about local breads and cookies at street corner bakeries across the Philippines.

As the last few days have, all of a sudden, been sultry, I just came to realize that we're now officially in the middle of the travelling season. Tourist trips across the country usually start in October, when rainy days become sparse, and the cool weather is a boon to hikes and treks. Beach trips, though, are postponed until the onset of summer, so the waters are comfortably warm and free of jellyfish, and the possibilitiy of being caught in a storm on- and offshore is minimized.

And so now, with all travel gears on high, all those not fortunate enough to schedule their trips earlier or who waited for summer to begin should expect all tourist spots to be clogged. Not that it's a bad thing, if what one craves is a full party. Like a whole herd of whale sharks, perhaps.

I mind crowds, but I don't mind travelling at this time. Because for me, the fun is as much in arriving as in getting there. Especially during long trips by land. You get to see vistas upon vistas opening before your eyes, ever changing in shape, structure and hue every few kilometers or so. And of course, long driving requires frequent stops, and this makes the trip even more enriching.

For the heretofore visual becomes an experience once you step out of the vehicle. You get to feel more of the place where you stop, which becomes a bonus because it is not in your itinerary. And, what's more important, you get to eat something that is, in all likelihood, not likely to appear on your buffet table in your final destinaton.

Which was my main point, all along, in this post - it just, as usual, took me a long-winded while to come to it. Because that is how I came to meet Bulacan's pride, inipit. Not the dry, parchy inipit being sold now in individual foil packs in supermarkets, but the boxed soft, moist, chiffon layers hugging a richly spread sweet custard, where it derives its name ("sandwiched"), and topped with a generous melt of margarine and sprinkled sugar crystals. 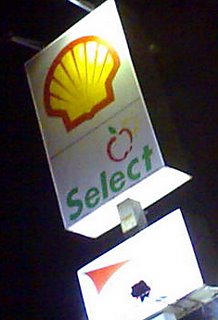 Bulacan is a province marked by history, but for me it had been just a province I pass by to and from Pangasinan on the North Expressway. Before I studied in college I didn't know anyone there, and so I could not have known the epicurean treasures it held, if not for that Shell stop-over along NLEX a few kilometers after the toll gate. Of course, Bulacan inipit can now be bought in malls in the city, but before that development I had been privileged to know the delicacy due to my travelling.

We had been taught not to buy food at bus terminals and stop-overs - later on it became a conquer your fear factor for me - and I had ranted about the general condition of comfort rooms that we had to go to when on the road. I had learned to endure nature calls for hours because of this. And so everybody heaved a sigh of relief, and welcomed with open arms the first gasoline station with clean and fresh-smelling comfort rooms and decent food ever to exist along NLEX. Never mind that it was just fifteen minutes along your trip out of Manila. 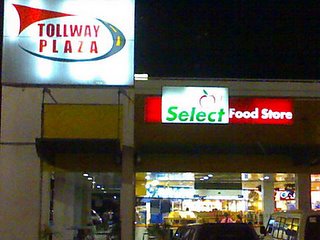 Before gasoline stations became virtual malls there was Shell Tollway Plaza, with Shell Select the only outlet to sell food - foil-packed, bottled, canned - all trappings of a convenient store. But there was a shelf or two carrying local bakeshop goodies, probably from the nearest town, which was Malolos.

There were pianono, egg-topped ensaymada, taisans, etc. The inipit sold was not made by Eurobake, which I heard made the best one, but by Mil-Rose. But this became the inipit for me, to which all other inipit I ate and eat were and are compared. And it is still the inipit I buy.

It has the comforting look and feel of a provincial treat, made with love and care, unbelievably delicious, teeth happy to sink into the moistly spongy goodness alternating with the sweet custard. It always gets dismissed by provincial folk to whom it is given as a pasalubong, because it looks common, even ordinary, but once they try it I always see their eyes lighting up. And always, always, they reach out for more until the box is empty.

Gasoline stations have since then mushroomed along the lane going north, farther and farther from the toll gate. There are several others now, too, on the opposite side, going south on the way back to Manila. A lot of the chain establishments have also opened outlets side by side with one another inside the gasoline stations.

Even South Luzon Expressway is now dotted with large gasoline stations, too, with fine-dining offerings, to boot. Their comfort rooms are as nice as those in five-star hotels, sometimes even nicer. There are no regional delicacies sold, though. Food is what you can find all over Metro Manila. The only regional dining outlet, a grilling station selling aromatic Batangas beef burgers, closed shop just recently.

In Metro Manila, they are starting to employ the same strategy. All gasoline stations now carry a food outlet, and one, a Petron station at the corner of Buendia and Makati Avenue, right smack in the commercial business district in Makati and so near the red light district that is Burgos, has built a building for dining outlets. 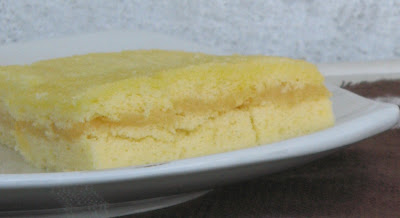 But I still make it a point to stop by Shell Tollway Plaza. Shell Select is still open, and still carries inipit. I heard that when the lease expired Shell decided not to renew the franchise and took it back, so to benefit from the burgeoning profits itself. I don't have cause to complain - it has not deteriorated in service, and now offers a lot of choices for refreshment - but only as long as it carries inipit.

Great observations on the mushrooming of stopover. It's almost 6 yrs I last visit expressway and I could say, a lot of things change. You should try the Eurobake brand. Will try the brand you've mentioned and will share with you the differences. Take care.

Thanks for sharing! It reminds me about my childhood "paborito kong meryienda sa hapon"

Have a nice weekend!

Hi Kai! I havent encountered inipit in its 'natural setting' yet but I found something similar sa Hizon's Bakeshop in Bocobo St in Manila. Layers of chiffon with custard na inipit in between. We liked it a lot. My friend here says that there are very good 'inipits' in Malolos. I look forward to eating the real thing when Im in Bulacan

Hello kai, i think i remember this kind of cake..
Kai, i have made some bukayo for you over my blog..

Hi, Babsie, thanks for the lead, I've tried Eurobake and it's good, too! In the future I'd like to try their ube inipit, I was told that it has to be ordered in advance.

Hi, Tin, maybe you could try baking one there? It's chiffon and custard.

Hi, Relly, thanks for the bukayo. Hope you post about how you made it.

sister is her kitchen cooking diva me is so busy para fiesta...

as for the inipit sounds like the british victoria sandwich,

wala ako alam sa mga express way....but in a way you have a good observation
like an archivist of recent changes of the highway landscape

Thanks, Sha, I have long thought that inipit looks and tastes like some pastries abroad.

Thanks for the nice article, enjoyed reading it. Eurobake brand is so far the best one I've tried. Although, I've read in one of the books on 'best restaurants in Metro Manila' that inipit is available at Ella's Bakeshop 2428 Tolentino St. Pasay City. Will try this & the one in Hizon's one of these days.

i enjoyed reading your blog after seeing your link from marketman.

shell select is indeed very special, moreso for me because I was its operations manager for 5 years. my sister in law manages it now.

the milros brand is good and its owners are also very nice people, but the best inipit is by Barasoain bakeshop, who happens to supply Shell Select NLEX too. although you can call them to save you some because they fly off the shelves. 044-6935080.

hope this helps your inipit fix!

Barasoain inipit is tastier for me...though, i hope you dont mind people. i love baking and so are pastries of course. pinagkahanap hanap ko pa itong inipit na ito at tinikman ang bawat brand...sobrang na dismaya ako because it's just like eating pianono sa bakery sa may kanto which you can buy for P10 hehe. i thought that inipit is very special kase famous but it's not as i was expecting :-)

I'm from Malolos. But I don't think Eurobake sells the best inipit in town. My family actually avoids buying from Eurobake hehe. Those made by La Concepcion (closed now, unfortunately) and Barasoain Sweets are definitely better. :)The custard is more creamy, and the chiffon is softer. Really worth the money.

But in any case, never buy the commercially produced inipit sold in supermarkets. They taste really weird.

Actually the owner Of La Conception is the mother of the owner of Eurobake, of course Mrs. Salome Ramos was the original and she makes the best inipit when she was alive