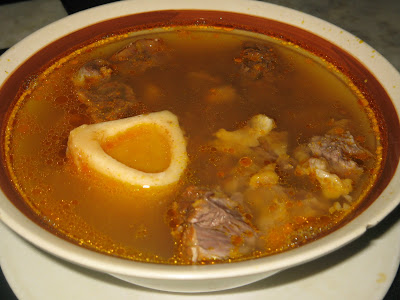 Because of previous posts on the food of Bacolod prior to my trip, and some readers’ comments to those posts, I had a line-up of traditional places to visit in my itinerary. Foremost of these were the cansi houses along the old shopping district, in an area that can be considered Bacolod’s Escolta, full of dilapidated buildings, dusty from years past and forgotten by time.

Cansi had been discussed in my post on batwan, which I first encountered only in the movies, during the Cinemalaya which once featured a film about setting up a restaurant in Bacolod. Cansi is a very distinctive Ilonggo dish that cannot be found and cooked just anywhere, because the main ingredient is batwan, which grows only in the neighboring islands of Negros and Iloilo, and which isn’t even traded because it does not keep well. 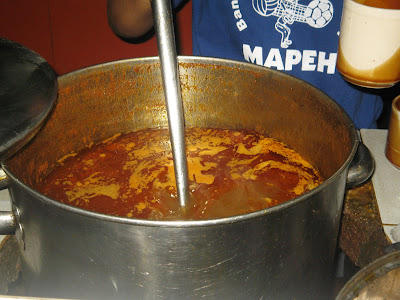 Cansi is soup so sour it could keep your face crumpled for hours. It is flavored with beef bones – knees in particular – that is boiled for days. The stock is dyed orange from atchuete (annatto) to make it look more palatable, and a single order has a colossal hunk of meaty shank submerged in it (Php350, a smaller bowl for Php150). 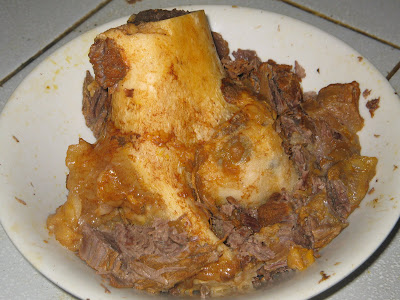 It is eaten with rice for a daytime meal, usually at breakfast after hours of early morning labor, or on its own late at night after hours of hard partying. Either way it is revivifying, refreshing, and knocks you back to your senses, with the usual accompanying melange of Pinoy seasonings – calamansi, sili, patis, to round off the sourness with saltiness and heat. 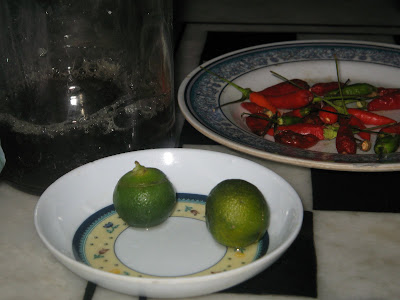 Cansi is served in other, more recently established restaurants, like 21, which started in the 1980s. But at the shopping district, the state of the eateries tells you cansi originated here, perhaps at the turn of the 20th century. 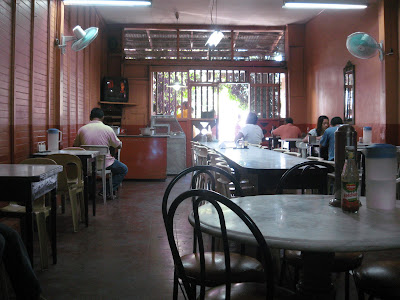 Whirring wooden ceiling fans aided by more modern wall-mounted plastic ones, an assembly of tiled tables and mismatching wooden and plastic chairs, plastic pitchers of water, spoons and forks sunk in thick glasses of hot water, the cemented floor stained red with wax, the signage - almost blocked by the lush foliage of bougainvillea - looking like it was painted just after the last world war and hasn’t been retouched since, the Chinese manning the cash receipts. It’s easy to imagine my grandmother ate here with her mother when she was but a wee, little girl. 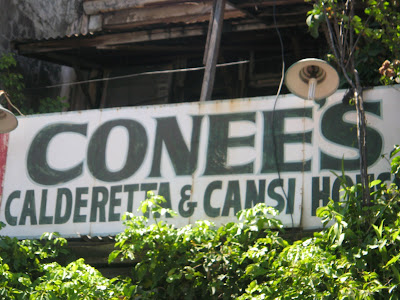 But it is still a popular dish in Negrense households, I'm told, where batwan is used. In the movie Namets, the cansi featured had unripe jackfruit. But my Bacolod-grown and -based friend says they prefer pure stock, without any vegetable because greens tend to dilute the flavor. I'd prefer that, too, since vegetables would make cansi more like the generic sinigang na baka.

Wow! I thought I knew most of the Filipino dishes, apparently this is the first time I saw this one, looks like a cross between Bulalo and Sinigang. I must try this one out but what could I use in replace of batawan? will sampaloc yeild the same taste or unripe mangoes are better?

Sampaloc is a good alternative, Raymund. I think they have the same potency. And the cansihan that I went to in Bacolod used sampaloc because they are available through-out the year.

What a great surprise, to read about Bacolod Cansi at your Internetblog. Thank you!!!
By the way this blog is fantastic and inspiring. If you don´t mind we would like to link it to: http://www.facebook.com/Bacolodcansihouse

Sure, link it up, thanks!