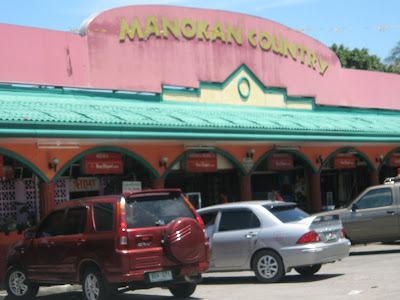 I have eaten chicken inasal by many and varied establishments, from exports Chicken Bacolod, Mang Inasal, the former mall foodcourt king Ilonggo Grill, to the one and only Tatoy’s by the beach in Iloilo. But I was in Bacolod, and I did not neglect to go basic, as far as inasal is concerned. For I went to Manokan Country. 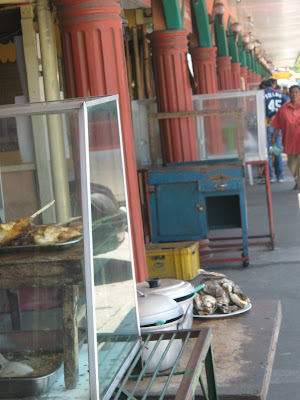 Inasal may have started here, and inasal is done best here. Manokan Country is a sort of strip mall, with row upon row of eateries selling nothing but. Chicken butt, chicken feet, chicken liver, chicken gizzard, chicken intestines, name it, it's done inasal style. 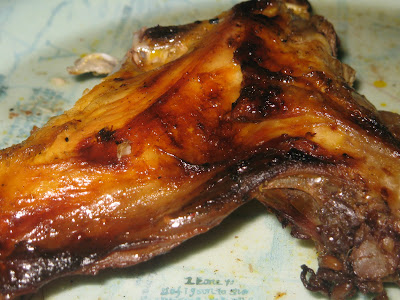 Of course it's not purely a place to drive the squeamish away. Cowards can have the pa-a (drumstick) or the pecho (breast with a wing). My drumstick was a bit bony, but it was succulent, and I haven't had inasal so good in a looong, loong time.

We were there before lunchtime on a weekday, and we were practically the only people around. Apparently the place crawls with families and drinkers at night. We didn't have any particular stall in mind, but ordered at first sight of the impaled chicken parts. It was grilled for some minutes, and we had it with a serving of fresh oysters.

Inasal is the quintessential Ilonggo chicken barbecue, marinated in natural vinegar, ginger, calamansi, salt, sugar, and basted with oil suffused with the sunshine tint of achuete (annatto seeds). The flavor is not forceful, but only slightly so, like a tease that exhorts your tongue to catch. 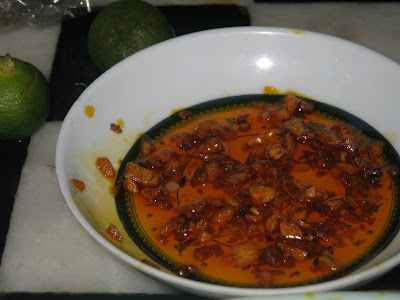 For a more upfront taste, bite-sizes of the succulent, hot off the grill-smoking chicken is manually torn off and dipped into a mixture of sinamak, calamansi, and toyo (soy sauce), to be followed by mounds of steaming hot rice drizzled with the annatto oil and fried minced garlic. 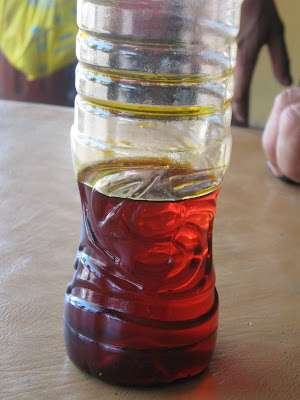 The oil is supposed to be the drippings from the grilling chicken, but commercially speaking I don't think it's possible to save all those hot fat. People tell me it's just vegetable oil of some sort. So I just tried it a bit for posterity, but didn't really scoop it on my plate. 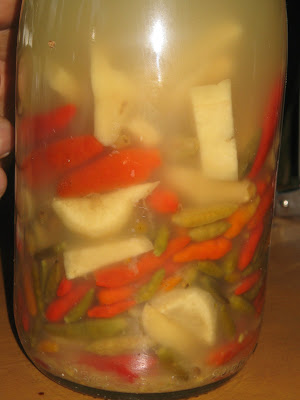 But the sinamak is another matter. You pour it on the chicken, and on your rice, and on practically anything else on your plate.

This local vinegar is flavored with galangal and garlic, the spice amped by quite a few red and green finger chiles that provide a feast for the eyes as well as the tongue. It's made from coconuts, so it's calmly sour, not a acidic, with hints of sweetness. That you can slurp. All by itself. Mmmmm.

Wow inasal and sarap, miss ko na yan. I remember I have a friend who owns restaurants in Butuan and QC and they specialize in chicken inasal syempre lagi ko libre.